SCA is building the world’s largest and most advanced paper machine for kraftliner production at the Obbola paper mill in northern Sweden. A new digital era begins with the new machine where technology such as smart sensors, AI and self-learning systems will help us further enhance our quality parameters.

An evolution of our current paper mill

The concept Industry 4.0 includes terms like Artificial Intelligence (AI), Industrial Internet of Things (IIoT), Machinelearning and Virtual Reality (VR). Humans nowadays are almost always connected using functions over the internet. With Industry 4.0 it works in the same way but instead of humans it’s things/machines that stay connected and use functions provided on the internet.

SCA is already at the forefront when it comes to the development of modern technology and automation. Peter Brunesson, who is IT responsible at the Obbola paper mill and the expansion project, says that the new paper machine will be equipped with something called Papermaking 4.0. You can say it’s Industry 4.0 for papermaking. Digital functions will optimize and streamline production. "Certain parts of the functions has been implemented already for the old paper machine so that we can learn how it works," Peter says.

The control system is the core for the digitization and from the measured data generated from the system; we can build functions such as virtual sensors. We already use sensors like this today on the current paper machine that can predict strength levels. Some of the functions that will be implemented on the new paper machine are sensors to optimize the production water flow, which is not least important from an environmental perspective.

With AI, artificial intelligence, the computers learn a certain pattern from the sensor data. By analyzing the sensor data all the time, also if a paper break should occur, eventually the system will be able to predict risks for paper breaks helping ensuring stable high production levels.

"With the virtual sensors, a prediction can be made so that the values we want, if they appear to fall, can be corrected before they become too low - which is a big gain," Peter explains. ” 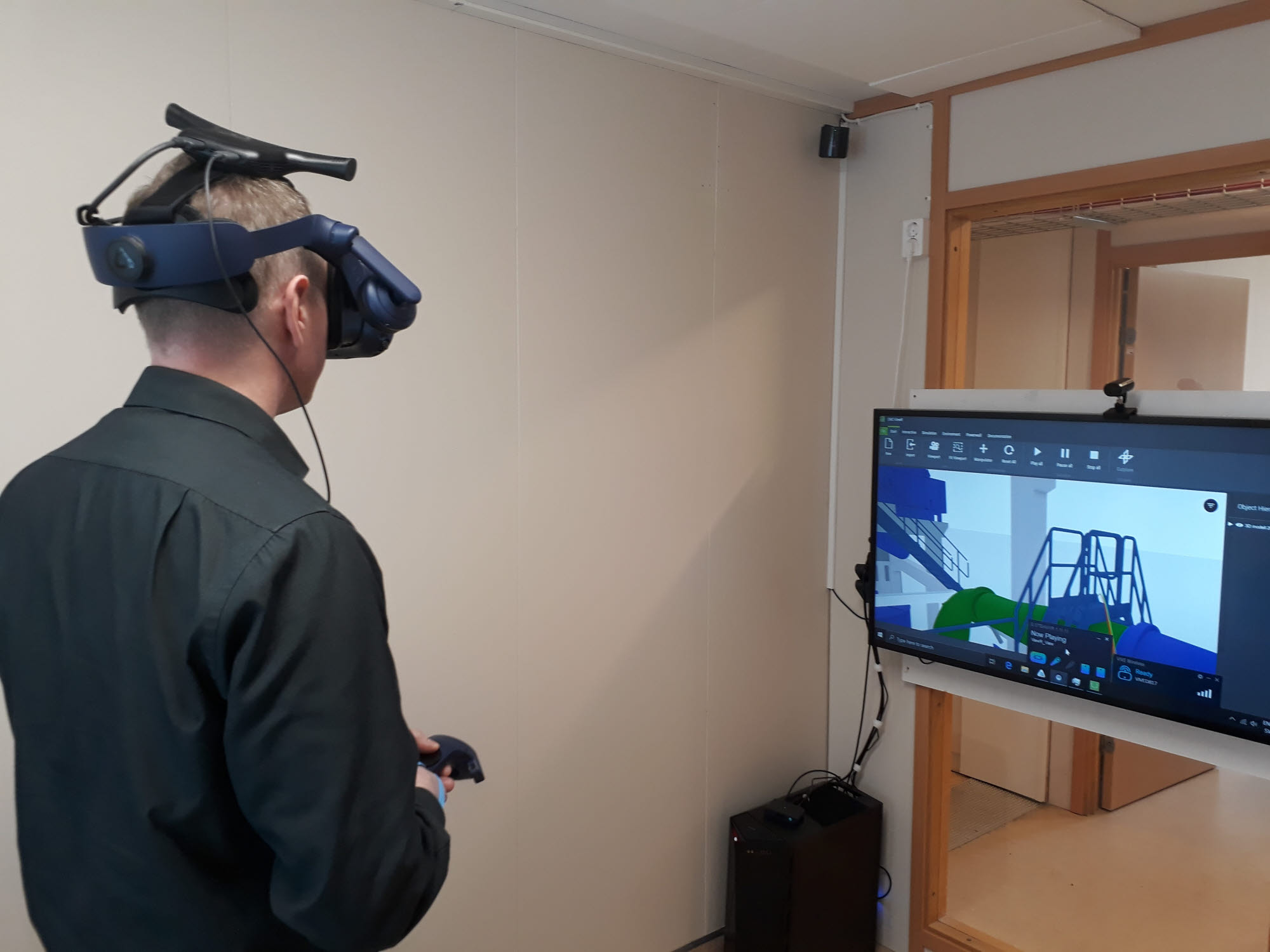 We have a VR-environment (Virtual Reality) today so that users can walk around watching the new paper machine, integrating with other users avatars, looking at equipment, pipes and cables, and make sure everything will work out before it’s being build in reality.

A role model in the future

The new paper machine in Obbola will be the world's largest and most productive kraftliner machine. We will continue to develop with new functionality and always be at the forefront of the best available technology.