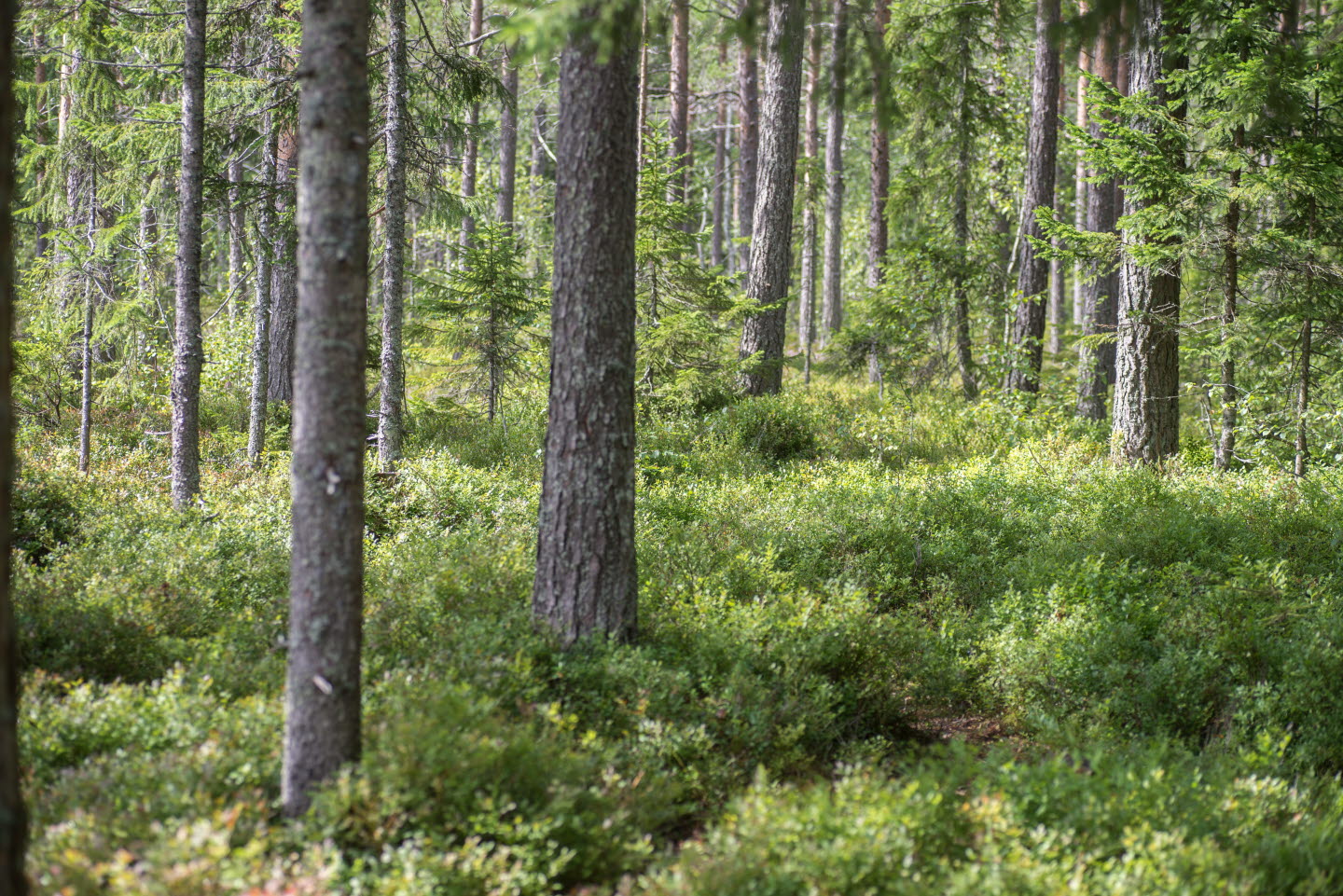 SCA is a leader in the fight against climate change. We are Europe's largest private forest owner and 2.6 million hectares of forest contribute to sequestering large amounts of carbon dioxide. We are an important player to be reckoned with when it comes to climate benefit.

Limiting global warming is one of today's biggest challenges. As a forest company, we want to contribute and be part of the solution.

Our products are based on renewable raw materials and replace fossil-based materials, our growing forests absorb carbon dioxide from the atmosphere and we continuously work to reduce the impact of our own business. At the same time, we contribute to a positive development of society and our employees.

Sustainability is integrated into the entire organisationand is part of SCA’s business concept. The Group’s sustainability platform shows how SCA delivers sustainable development and makes a direct or indirect contribution to all the UN’s 17 Sustainable Development Goals.

Fossil-free world
To 2030 increase SCA’s climate benefit from 10 to 15 million tonnes CO2 per year. Through higher capture by the forest, increase volumes of renewable products and reduction of fossil emissions.

Valuable forests
SCA’s forests to be at least as rich in biodiversity, nature experiences and raw material in the future as they are today. The target is 100% wood raw material from responsibly managed forests.

Efficient use of resources
Zero waste. Through efficient raw material yield and energy efficiency. We minimize emissions and effluent to air and water, minimize landfill and hazardous waste.

Efficient use of resources

Responsibility for people and the community
With a zero vision, we work for an accident-free and healthy SCA. We develop leaders for the future and our employees shall flourish and succed. We contribute to local communities.

Responsibility for people and the community

Group target 2030: All employees to follow SCA’s code of conduct.

SCA has embarked on an initiative aiming to improve precision in biodiversity conservation.

Current conservation status on SCAs land were evaluated with respect to the identified habitat categories. In total 400,000 hectares of critical habitats were confirmed within set-aside areas identified at the landscape level and on low-productive land. In 2020, 10% of the area planned for harvesting was set-aside, further preserving critical habitats and structures in the managed forest.

10.5 percent of Sweden's fossil fuel emissions are absorbed by our forests – every year

Our plant's fuel consumption is fossil-free to 95 percent