SCA has restored embankments in old gravel pits in Ånge to help sand martins. It is hoped that this will encourage the swallow to breed there. BirdLife Medelpad has provided expertise and will monitor the progress of the recolonization in the future.

The sand martin is Sweden’s smallest swallow, and its population has declined by about 40% over the past decade and is deemed vulnerable (VU) on the latest Red List. Its natural breeding environment includes cliffs or river banks. However, following the regulation of watercourses in the 1900s this type of habitat has become less common. Instead, many sand martins have built colonies in sand and gravel pits.

“SCA has had many gravel pits over the years, particularly when we robustly expanded our network of forest roads between the 1960s and 1980s. You could then see sand martins at many sites. But when a pit is no longer in use, municipalities and authorities want us to restore the pit area, meaning that the sand martin’s nesting habitat disappears. These days, we do not use as many gravel pits but rather quarries, and this material is too coarse for sand martins to build nests,” says Daniel Yring, Roads Manager at SCA Forest.

Daniel is not sure himself why he is so engaged in working with sand martins.

“I do have a general interest in birds and I have worked for many years with forest roads, so this created a natural link to sand martins.” 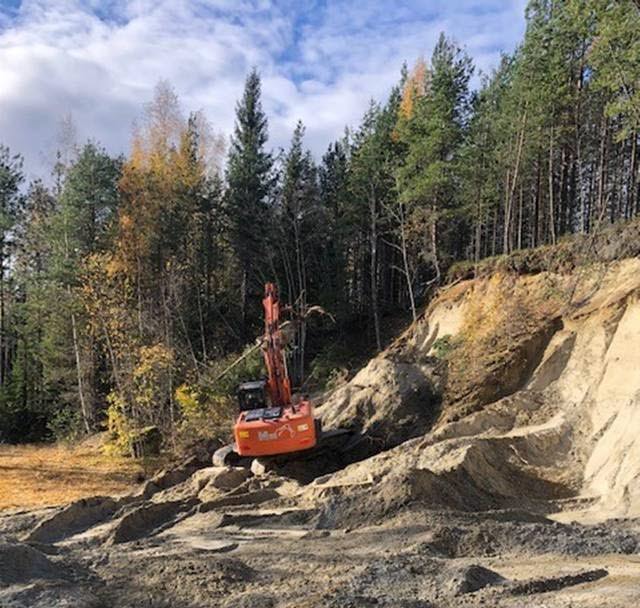 During the autumn, Daniel, Carina Svedin and Ingemar Marklund from BirdLife Medelpad have looked at a few sites where there were previously large sand martin colonies.

“We believed there was a good chance of recolonization if we created the right conditions at the pit sites,” says Daniel. “The Swedish Ornithological Society (BirdLife Sverige) has prepared a manual for how to design old pits to encourage sand martins. Using this, an excavator I had nearby for other work was instructed to recreate steeper embankments in two old pits and remove trees and bushes. I also removed a few larger trees in the flight path of the birds.”

Sand martins are very careful when choosing nesting sites to protect these from predators.

“They do not want bushes near the nest, as they want to easily fly in and out without risking capture by birds of prey. The walls of the pit should be vertical and so high that there is at least two meters below and one meter above the nest, which also stops unwelcome visitors,” explains Daniel. 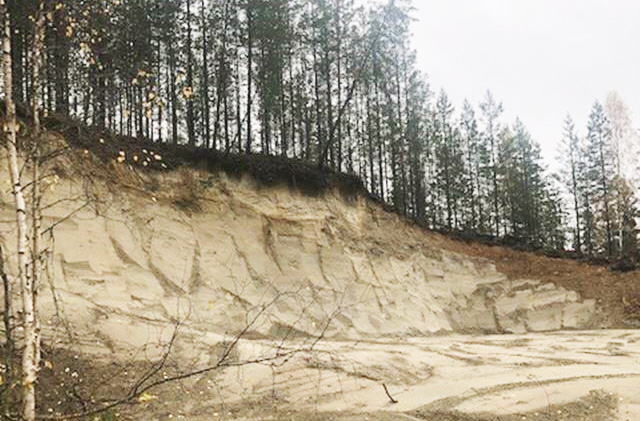 After these alterations, Daniel and BirdLife Medelpad visited the sites to check what had been done.

“It turned out really well,” says Carina Svedin, “and we hope we will see sand martins return here in the spring. We think the collaboration with SCA has worked very well. It is great to witness the interest, and I hope we can work on more measures, and look forward to new sand martin colonies in the future.”

“I am pleased that the measures were successful. BirdLife Medelpad will be enthusiastically following up the progress of the recolonization, as will I. It will be interesting to see whether we will see sand martins already next spring. I very much hope so,” says Daniel.