Climate-smart whisky made from sustainable energy

A world-class whisky is being produced in an impressive building by the mighty Ångerman river in northern Sweden. Large amounts of energy are required to produce whisky but at this particular distillery, energy is produced from pellets supplied by SCA.

High Coast Distillery selects the raw materials it uses for its whisky production with great care. Everything must be of the highest quality and free from additives. The company has a clear focus on their sustainability efforts. Plug-in hybrids for company cars and working intensively on energy savings are just some of the steps the company has already taken.

“It doesn’t matter how energy efficient we become, we’ll always need relatively large amounts of energy to boil distillates and heat brewing water, among other things. In 2020, we decided that we’d also would become sustainable in these areas, so we replaced our oil-fired boiler with a pellet boiler,” explains Roger.

The pellets are delivered by SCA. The raw material for the pellets is sawdust, which among other things comes from the Bollsta sawmill a short distance away downstream. And production of the pellets at SCA’s facility at the mouth of the river is climate-smart.

“The pellets contain only natural ingredients. Just like our whisky. It’s fantastic that we can use the forests of northern Sweden to make our production even greener,” says Roger. 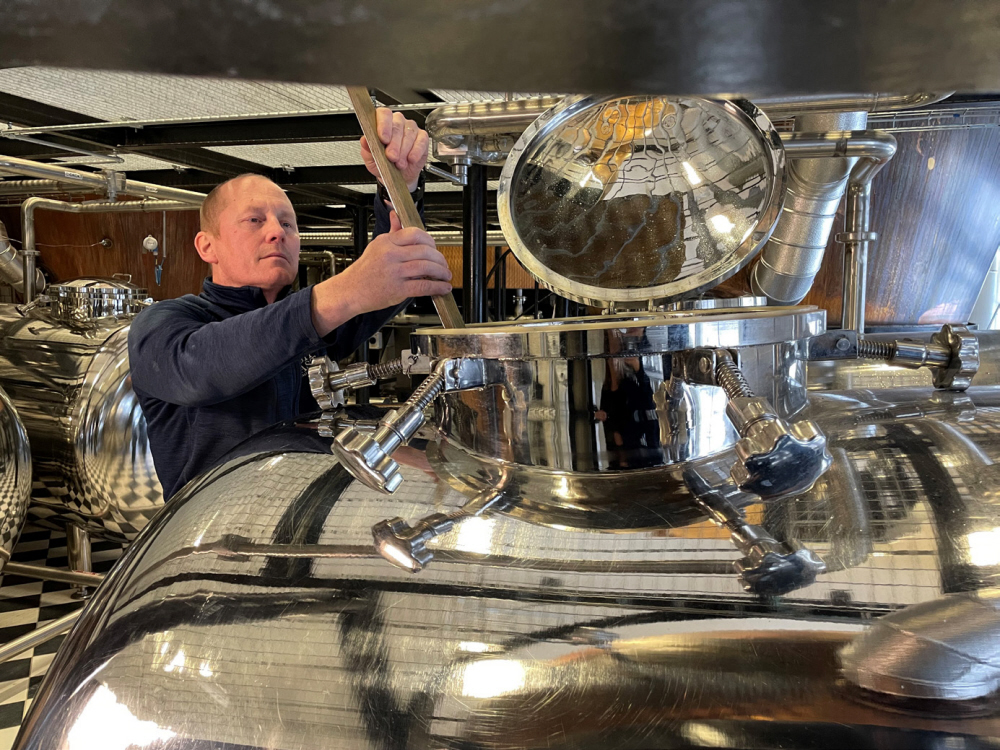 “Previously, we used about 500 litres of oil in our production process. Now, our heating is completely fossil-free, says Leif Skoglund, production manager at High Coast Distillery.

Completely climate neutral
When the oil boiler was in use, it consumed just over 500 litres of oil a day, seven days a week, virtually all year round. The transition to pellets has reduced carbon dioxide emissions from heating processes by 450 tonnes per year. This is equivalent to the emissions from 180 petrol-powered passenger cars travelling 2,000km consuming 0.5 litres of fuel every 10km. Burning pellets is completely climate neutral. Less carbon dioxide is released into the atmosphere from burning pellets than the trees that they are made from absorb during their lifetime – so burning them does not add to the greenhouse effect.

“So, the transition to pellets is an incredibly important part of our investment in a sustainable business,” says Roger.

“We actually already met the requirements for organic production because it’s determined by which raw materials and barrels you use; but we didn’t have the heart to call our products organic while we still used fossil fuels. But now we can do so with pride.”

Economic and straightforward
The switch from oil to pellets also brings other benefits, especially financial, with savings amounting to approximately SEK 800,000 a year.

“Pellets are cheaper than oil and there is also considerable uncertainty over the oil price going forward. We had expected to see a return on investment in about six years, but it’ll probably be faster than that,” says Roger. 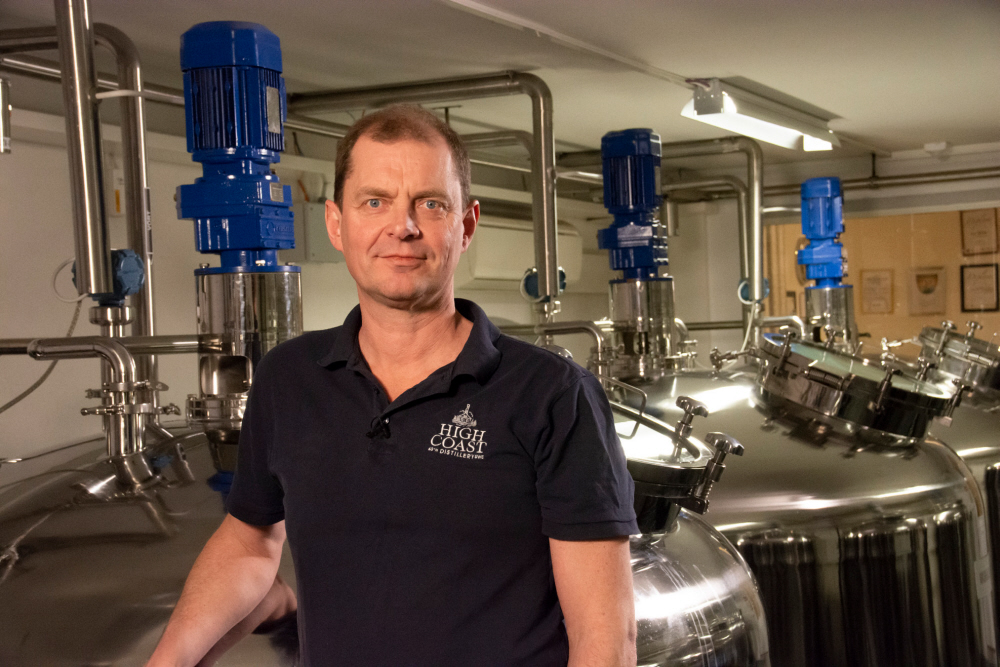 “The transition from oil to pellets is an incredibly important part of our investment in a sustainable business,” says Roger Melander, distillery manager at High Coast Distillery.

There were certain concerns related to how the pellet burner would operate, because the whisky production process requires large and rapid adjustments in energy flow.

“We didn’t know if the burner would be powerful enough, but it has worked perfectly. We don’t need to worry about refilling our pellet reserves either. SCA and the delivery company are connected to the warehouse, so they keep track of how many pellets we have and replenish continuously.”

Nature’s circular assets
High Coast Distillery is located on the outer reaches of the whisky world. Far from big cities and a long way from the world’s whisky stores. But its location is carefully chosen, based on everything that the climate and nature of northern Sweden offers. For example, for storage, the company benefits from the significant temperature differences that occur during the year. The company’s warehouses are not fitted with any temperature controls and follow the seasons, which creates unique conditions for the whisky production process.

Ångerman’s icy waters are also a huge asset. They provide cooling for the process, enabling the production of a very pure distillate. 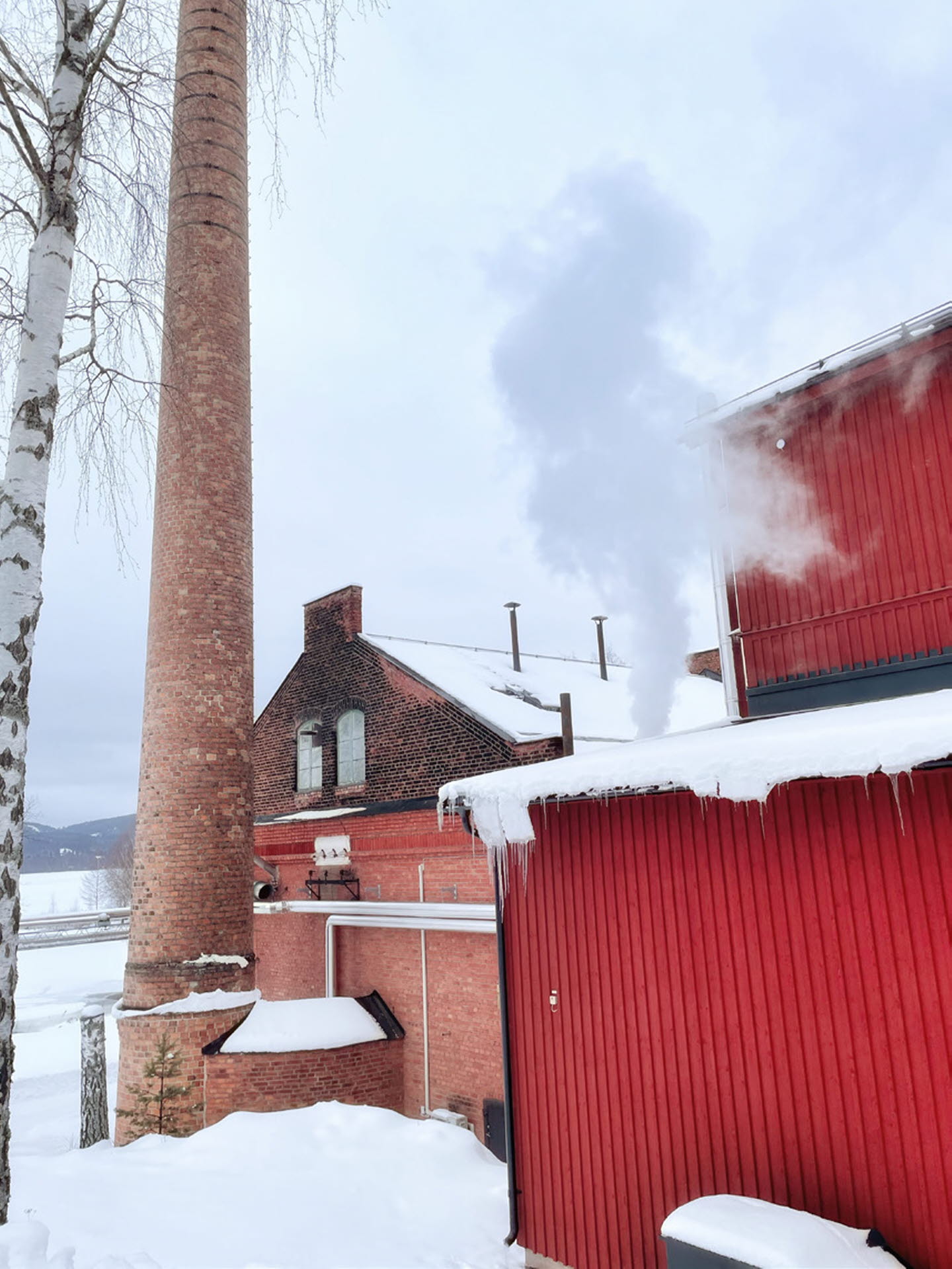 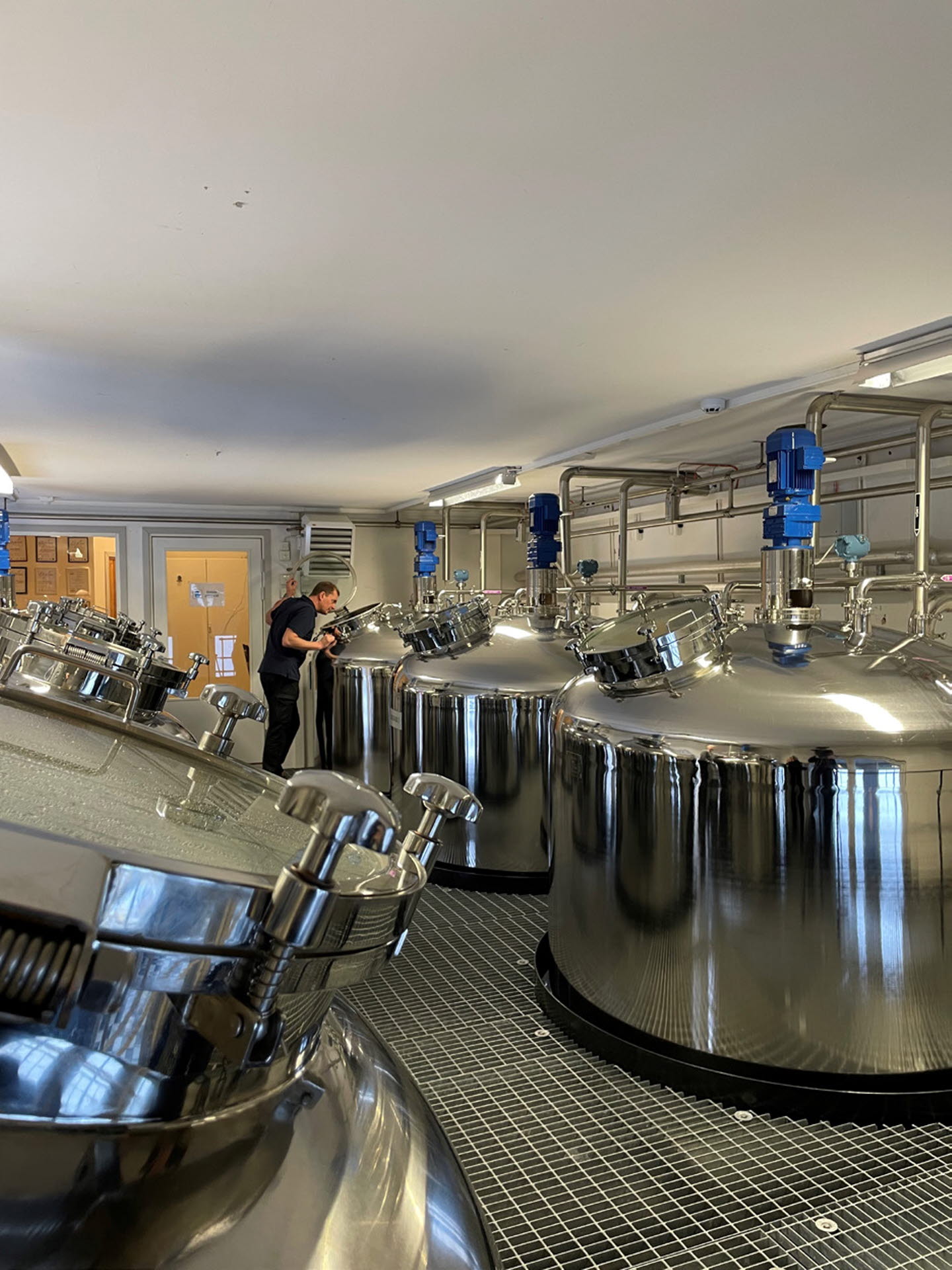 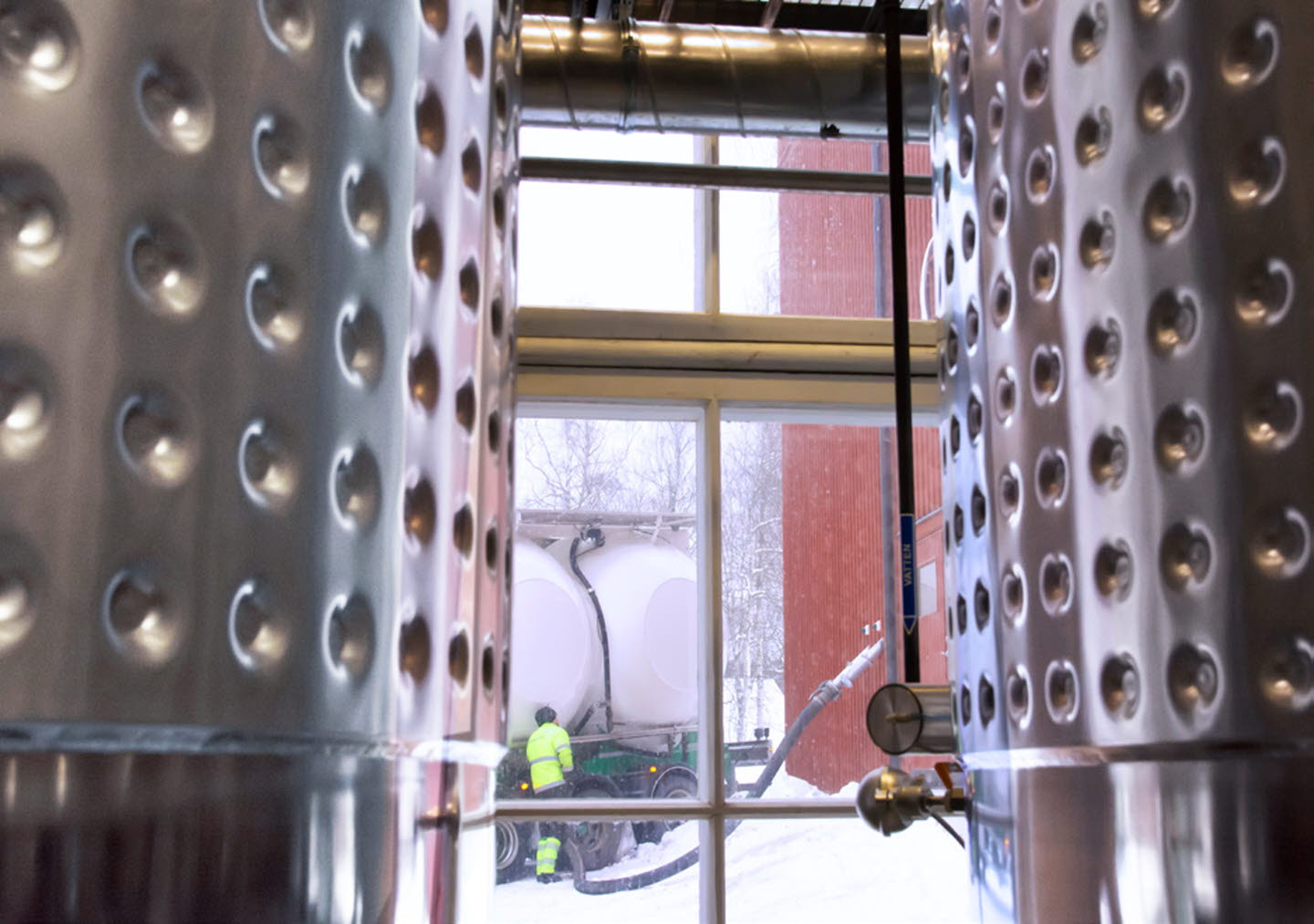 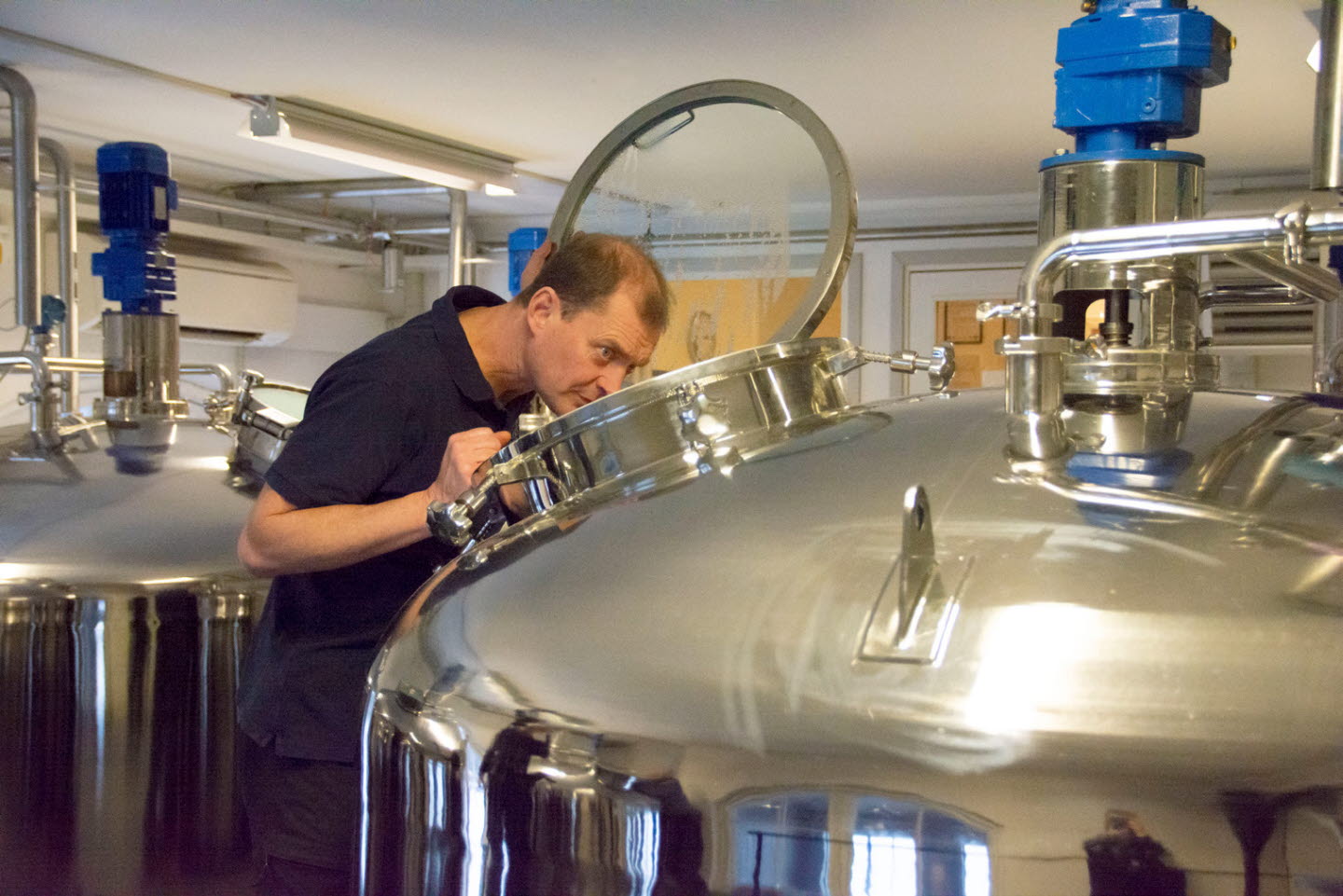